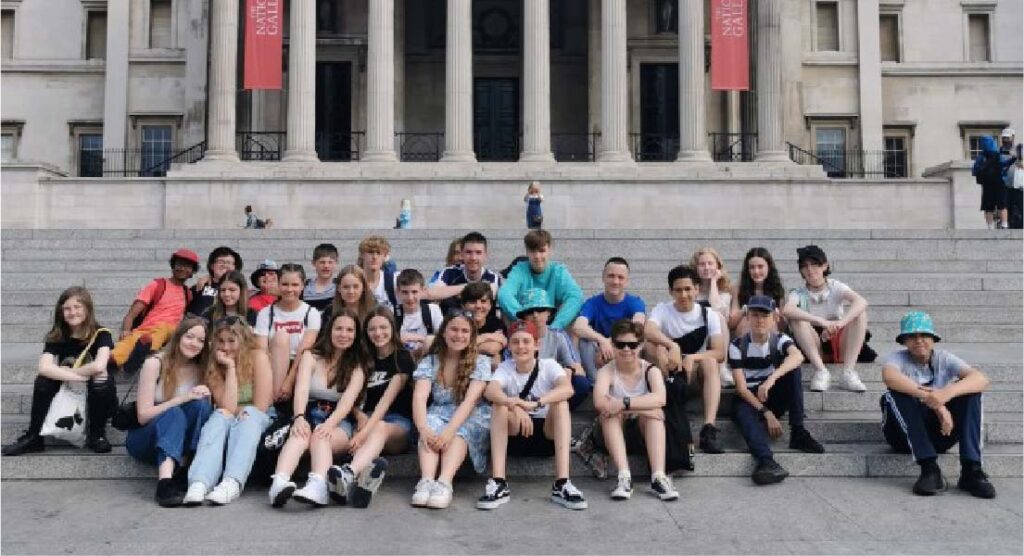 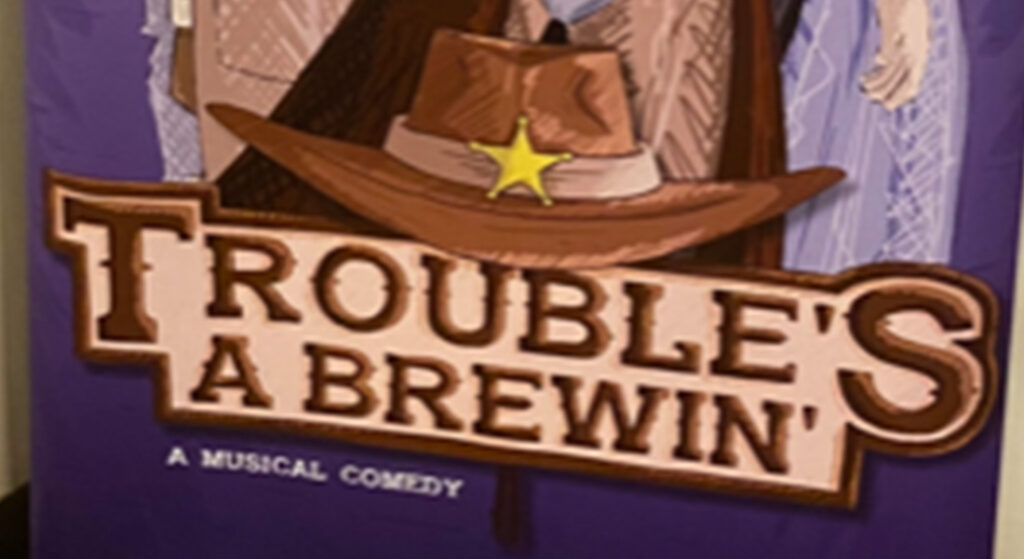 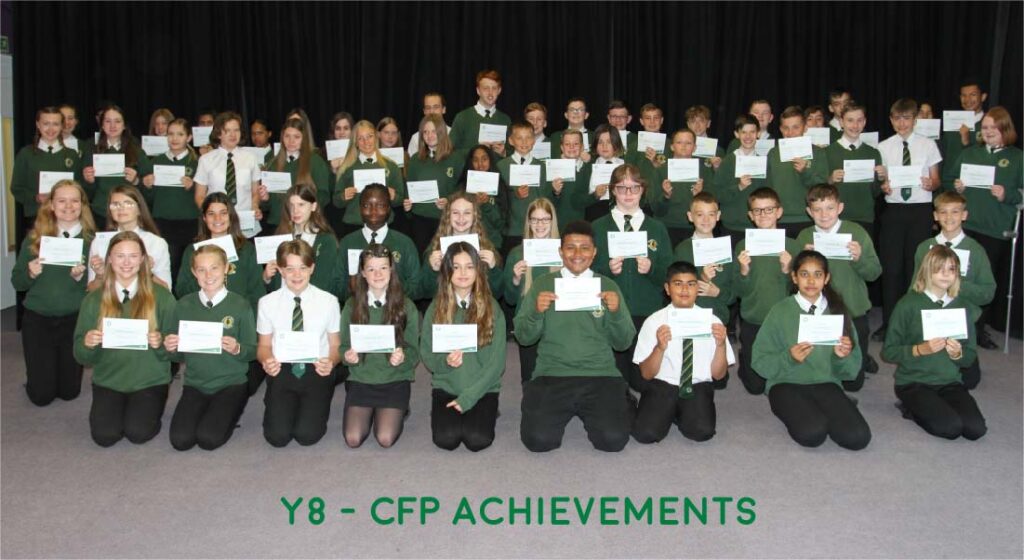 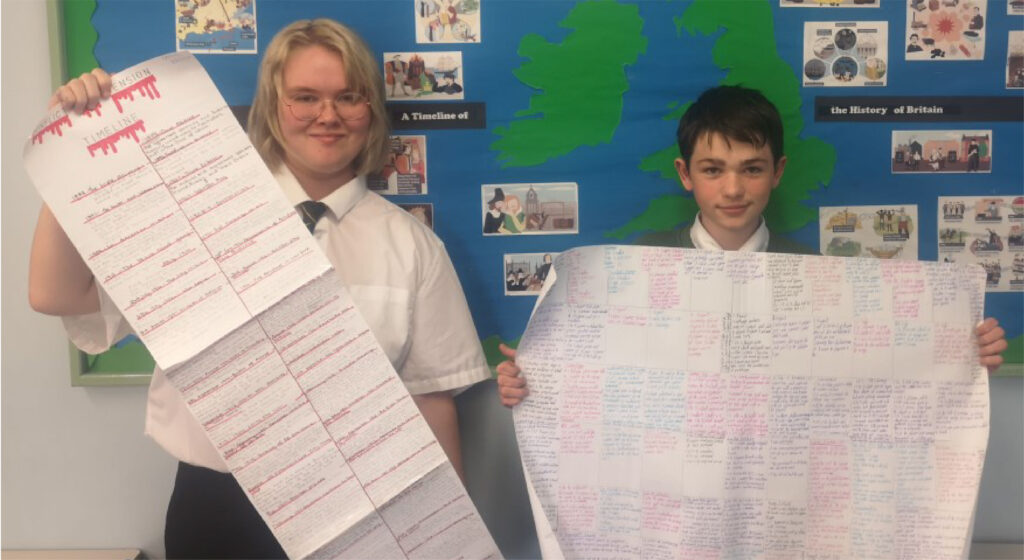 We would like to recognise Stella Blease and Thomas Kemp from Mr. Willert’s Y10 GCSE History group for their genuinely outstanding effort outside of the classroom. Stella and Thomas have created incredibly detailed Conflict and Tension timelines to prepare for their upcoming Y10 GCSE History Mock Exam. Both historians have consistently completed effective revision activities […]

Humanities Stars of the Half Term 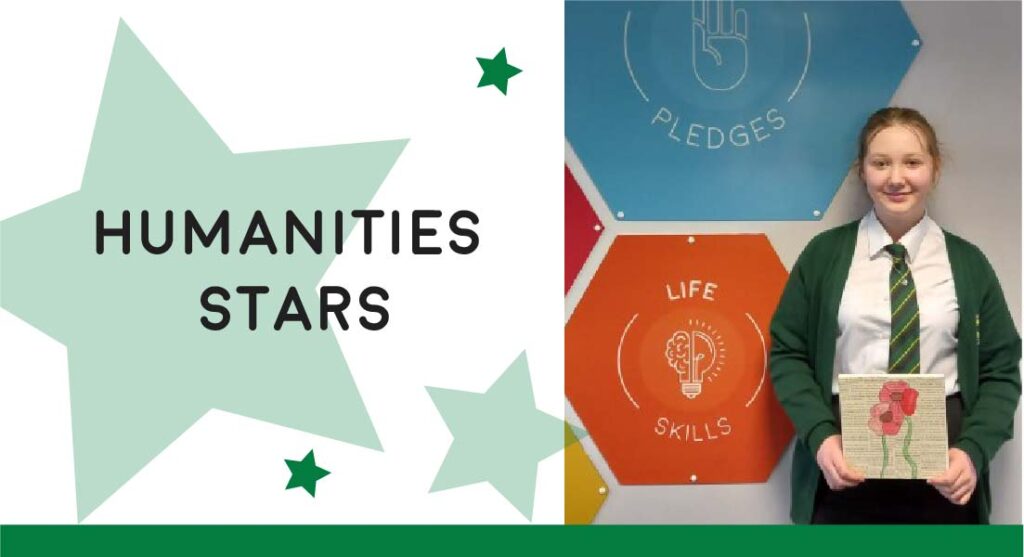 Congratulations to all students on the list below who have been recognised by one of their Humanities teachers for their outstanding approach towards learning during the last half term. An extra special mention goes to Laura Folkes, Y9, pictured above. Laura was nominated by her History teacher, Miss Johnson, who said “Since joining the school […] 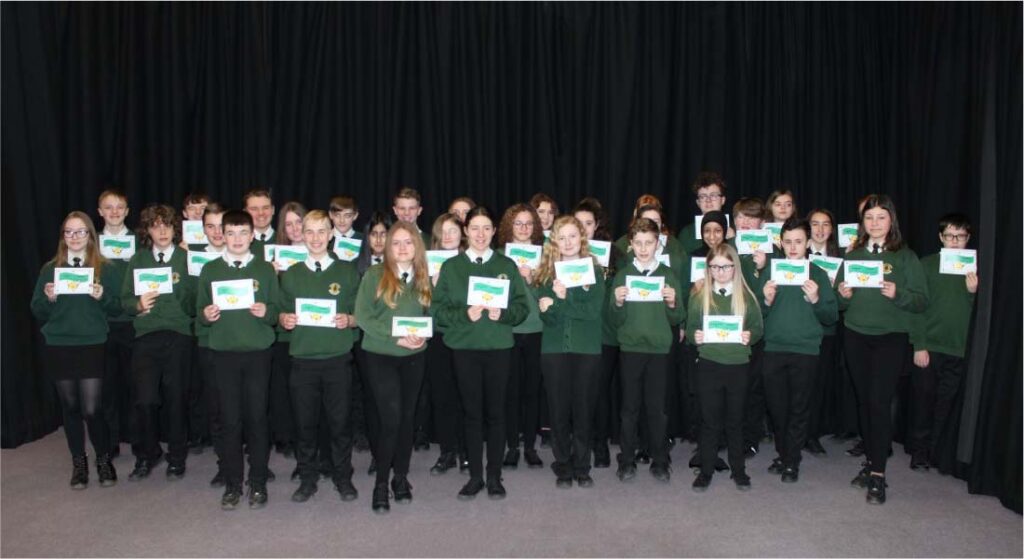 Y9 students celebrate achieving 8 or more CFP’s perfect punctuality and zero CFC’s between January and February 2022. Well done to everyone and a special mention goes to Alisha Chettlburgh and Matthew Osborn who achieved 15 CFPs.

Wickersely Pledges – ‘We get involved’ 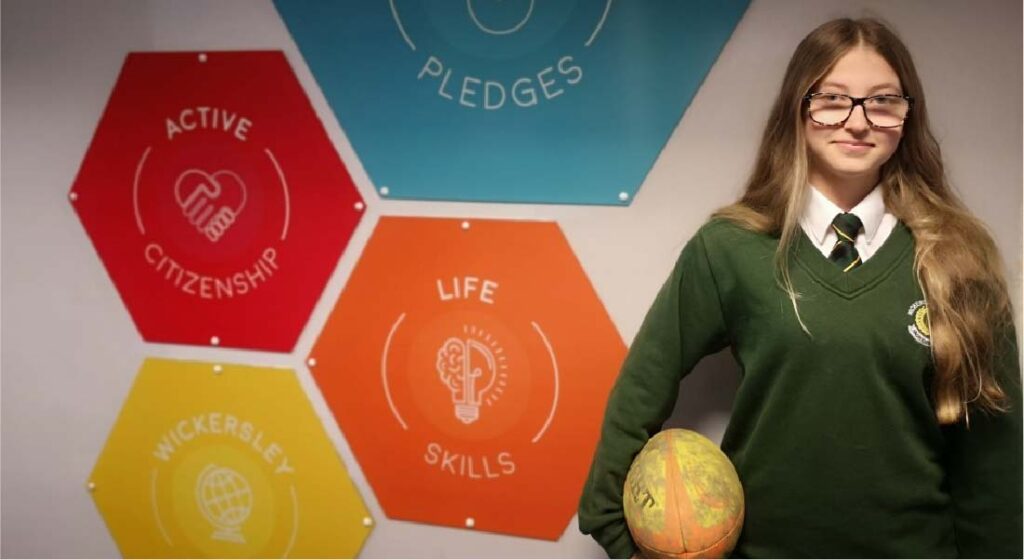 As part of Wickersley Pledges, students across all key stages are set the challenge to ‘get involved’ consistently in extracurricular activities and to try new opportunities. In the last few weeks, Eve Robson in Year 9 took on this challenge to try a new opportunity when she took herself out of her comfort zone and […]